Episode 89: On this episode, author Lynn Monet joins me to talk about here experience of buying a house only to find out soon afterwards that it was very haunted, as documented in her book, Omnipresent. Lynn bought the home at a low price and was surprised that such a beautiful looking home was offered at such an affordable price. Not long after she purchased the home, the haunted activity started. Lynn said the son of one of the former owners had committed suicide in the home and that she saw his apparition in the home. She also believes there were two demons present in the home and that the haunted activity cause people who were doing work in the home, to leave and not complete the job. Lynn also stated that she later learned that the previous owners had experienced activity as well. Lynn and her children stayed in the home for a few nights and after experiencing haunted activity, they never really moved in. She also claims that she had brought in a paranormal group and various religious clergy try to cleanse the home, but none of it got rid of the haunted activity. She sold the home just nine short months after purchasing it.

You can find out more about Lynn, her books and her story at, lynnmonet.com. 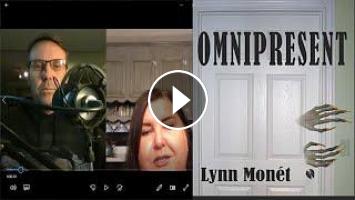 Episode 89: On this episode, author Lynn Monet joins me to talk about here experience of buying a house only to find out soon afterwards that it was v...