Beelitz-Heilstätten (52°15′37″N 12°55′30″E), a district of the town, is home to a large hospital complex of about 60 buildings including a cogeneration plant erected from 1898 on according to plans of architect Heino Schmieden. Originally designed as a sanatorium by the Berlin workers' health insurance corporation, the complex from the beginning of World War I on was a military hospital of the Imperial German Army. During October and November 1916, Adolf Hitler recuperated at Beelitz-Heilstätten after being wounded in the leg at the Battle of the Somme.

In 1945, Beelitz-Heilstätten was occupied by Red Army forces, and the complex remained a Soviet military hospital until 1995, well after the German reunification. In December 1990, Erich Honecker was admitted to Beelitz-Heilstätten after being forced to resign as the head of the East German government.

Following the Soviet withdrawal, attempts were made to privatize the complex, but they were not entirely successful. Some sections of the hospital remain in operation as a neurological rehabilitation center and as a center for research and care for victims of Parkinson's disease. The remainder of the complex, including the surgery, the psychiatric ward, and a rifle range, was abandoned in 1994. As of 2007, none of the abandoned hospital buildings or the surrounding area were secured, giving the area the feel of a ghost town. This has made Beelitz-Heilstätten a destination for curious visitors and a film set for movies like The Pianist in 2002, the Rammstein music video[6] Mein Herz brennt, and Valkyrie in 2008.

Paul and I set off to explore germany on a road trip for 9 long days, then 3 days in chernobyl. I learn and discover new things/foods/cultures/people along the way! 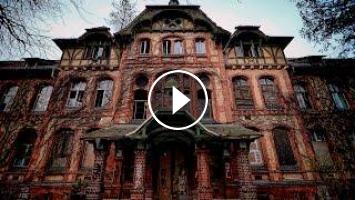