Willie "Windwalker" Gibson, is a Native American of the Cherokee Tribe, and an Alien Abductee who was abducted at an early age and received gifts of SPEAKING/SEEING SPIRITS. He is author of several books. For 50 years Willie have been dealing with the supernatural everything from Ghost to demons to angels ETs .
The paranormal haunting of the Bell Witch started with John Bell Sr., who made his living as a farmer, resided with his family in Adams, Tennessee in the early 1800s. In 1817, his family came under attack by a witch, who was believed to be a lady called Kate Batts. Various accounts written afterward, tell stories similar to other poltergeist legends. It began with noises in the walls and grew to include unusual sounds; people being slapped and pinched, objects being thrown, and animals being spooked without visible cause.

In the 1894 book An Authenticated History of the Bell Witch, author Martin Van Buren Ingram claims that the poltergeist's name was Kate, and that she frequently cursed the Bell family out loud. The activity centered on the Bells' youngest daughter, Betsy, and worsened after she became engaged to one Joshua Gardner.

Several accounts report that during his military career, Andrew Jackson was intrigued with the story and was frightened away after traveling to investigate. Other stories relate that the family was haunted by scratching noises outside their door after Bell found a half-dog, half-rabbit creature. Some stories end up with Bell being poisoned by the witch. Accounts vary about the witch being someone who had been cheated by Bell or a male slave whom Bell had killed
Visuals: http://es.wikipedia.org/wiki/John_C._...,
http://history1800s.about.com/od/ente...
Personal Collection
Music: http://www.purple-planet.com/ 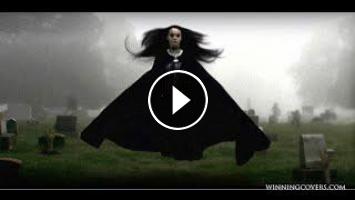