A creepy video of a haunted jail: the old Licking County Jail in Newark Ohio has a very creepy history and is well known for its paranormal activity. This old stone building has been host to a tremendous amount of tragedy. In the month of July 1953, a woman named Mae Varner sadly committed suicide by lighting herself on fire in her jail cell. On July 8th 1910, a young man named Carl Ethrington was beaten in his cell with a hammer by men who had broken into the jail. He was dragged out of his cell and outside of the jail where his was met by a crowd of what was said to be 5000 angry people. Once outside the jail, Mr. Ethrington was beaten again and then hanged from a telephone pole in the middle of town for all to witness.

For investigators and believers in the paranormal, it’s no mystery as to why this historical jail is notoriously haunted. Some of the documented claims of activity at the Licking County Jail include, full body apparitions, disembodied voices, the sounds of footsteps, and sounds of cell doors closing on their own.

Join Ectovision Paranormal team members Eric, Shawn, Tom, Amber and Jason as they conduct their private paranormal investigation of the Old Licking County Jail. The EVP crew has teamed up with United Paranormal Project for this intense documentary in order to record and share their personal experiences as well as witness some of the remarkable findings that UPP has captured. The investigation includes special guest investigator Jeff Fent of United Paranormal Project. 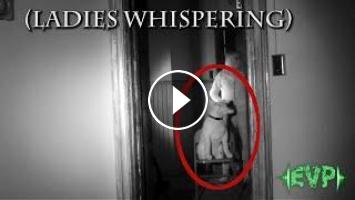 A creepy video of a haunted jail: the old Licking County Jail in Newark Ohio has a very creepy history and is well known for its paranormal activity. ...