From Frozen and The Little Mermaid to Beauty and the Beast, the dark Disney creative team chooses some very strange fairy tales to base their films on.

The Little Mermaid is a typical heart-warming, happy ending Disney fairytale movie. But the real story is anything BUT happy. In the real fairytale , Ariel the little mermaid loses her tongue, and then after being turned from a mermaid into a human, every step she takes on her new legs feels like walking on broken glass. And unlike the Disney version, she DOESN'T get her Prince.

Frozen is also based on a very dark fairy tale. In the Disney movie we see Princess Elsa and her sister Anna. Princess Elsa has a bit of a freak out over her powers and does a few questionable things, but in the end, everything works out and she returns to the kingdom. Well in the REAL fairy tale, Princess Elsa is actually "The Evil Snow Queen" who kidnaps a small boy from his family.

The real story of Cinderella is pretty similar to the Disney film, but with a few grisly changes. Cinderella's evil stepsisters actually cut off parts of their feet to try to fit into the glass slipper! And then their eyes get pecked out by birds at Cinderella's wedding!

The Disney version of Beauty and Beast also had ALOT of changes from the original fairy tale. In the original story the Beast does not treat the Beauty/Belle badly at all, nor does he have a bad temper. Belle is treated like a queen by the Beast, but just can't see past his physical appearance. Also, unlike the Disney Beauty & Beast, Beauty has 2 evil sisters who plot to get the Beast to eat her! But Beauty survives to become Queen Belle. 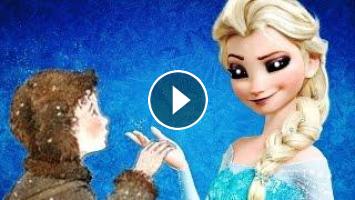 Top 5 creepiest real stories behind popular Disney Fairy Tale movies. Turns out that some of your Disney favorites are based on VERY creepy fairy tale...