Daywalkers Paranormal Show interview Paranormal Investigator Dave Spinks.
Dave has been researching and Investigating the Paranormal since 1986 in various aspects, due to several experiences he had as a young man. He retired from over a 20 year Career in the U.S. Military and Federal Law Enforcement in 2011. Since that time he has investigated the paranormal on a full time basis and has conducted several hundred investigations during his time researching the supernatural. he has investigated some of the most notoriously Haunted locations in the United States and even a few in Europe. he has also Investigated Numerous private residences and has Witnessed some of the most hair raising and unnerving things one can imagine while Investigating the paranormal. his sole purpose in investigating the Paranormal is to answer some of man's greatest questions. Is there life after death? Are we alone in the Universe? Are there unknown creatures walking among us? he believes there is and that alone is his motivation.
Dave has been a featured guest on numerous syndicated radio shows, podcasts as well as many live web shows, to include coast to coast am, darkness radio, ​​Paranormal zone t.v., prime time paranormal and literally hundreds more. He is often requested to be a guest at paranormal conferences as well as a guest speaker on many topics in the supernatural realm. He has also recently penned his first book and has a second already in the works.
if you are interested in booking him as a guest or featured speaker email crpinvestigations@gmail.com​​​ 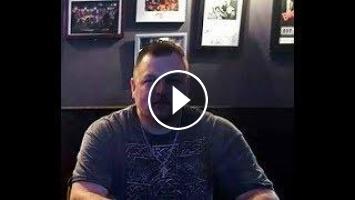 Daywalkers Paranormal Show interview Paranormal Investigator Dave Spinks. Dave has been researching and Investigating the Paranormal since 1986 in var...