Daywalkers interviews the MAC Daddy of Paranormal Investigators Keith Age.
He has been called “The Legendary Rock-n-Roll Ghost Hunter”, mostly because he has over 30 years of experience in paranormal research and because he has been a professional musician even longer. He is also the Founder and President of the Louisville Ghost Hunters Society, which was formed in 1996 and has over 4,000 members worldwide.

Beyond hearing Keith Age on hundreds of radio stations internationally, he can also be seen on the Syfy Channel. He is the host and Associate Producer of the Booth Bro., Spooked Tv, highly acclaimed documentary Spooked series which includes Spooked: Ghosts of Waverly Hills Sanatorium, Children of the Grave, The Possessed, The Haunted Boy, the secret diary of the Exorcist Case and Soul Catcher, trail of Fears. He and the Booth Brothers are currently working on several new and exciting documentaries.

Along with his duties as Associate Producer of Spooked Television Releasing, he can be found at numerous speaking engagements nationally. They include but are not limited to the American Ghost Society’s (AGS) Conference, UNIV-CON, Haunted Hickory, and his own annual Mid-South Paranormal Convention. As well, many other Lectures and Events.

*Booking Keith & what to expect during his Lecture:
Keith Age will transport you to Waverly Hills, one of the scariest places on Earth, with documented evidence taken during actual paranormal investigations.

He will discuss the behind-the-scenes making of Spooked: The Ghosts of Waverly Hills Sanatorium , Children of the Grave, The Possessed & other documentaries , as well as present evidence found during their productions across the United States. Fill the seats at your Event with skeptics and watch as they are astonished, frightened, and gripped with the legendary work of the Rock-n-Roll Ghost Hunter, "Keith Age" 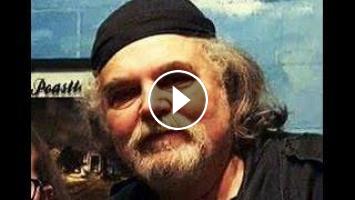 Daywalkers interviews the MAC Daddy of Paranormal Investigators Keith Age. He has been called “The Legendary Rock-n-Roll Ghost Hunter”, mostly because...