Daywalkers was very pleased to interview Steve and Jennifer Hodgson from PPI.
Steve Hodgson - Founder/Investigator
Since he was a young child, Steve has been exposed to the paranormal. He remembers the story his grandmother told him of the day his uncle had died suddenly and his picture flew off the bureau and smashed into pieces in her house. While growing up, Steve remembers sitting in a church hall and waving to a church worker who was walking by and realizing he had passed away at least 3 years earlier. In Indiana, he saw his grandmother when she passed away be wheeled by him by a nurse. Problem was she had just passed away in NYC. Ever wonder what that noise was in the dead of the night in the other room? Ever think you heard someone say something though no one had? Ever though you saw something but nothing was there? Ever want answers to those questions? Now it is time to leave my head and let me search for answers...Steve has been seeking answers to this "unknown" for most of his adult life. Steve is also a published author.
Jennifer Hodgson - Founder/Investigator
A native of Indiana, Jennifer has always been sensitive to paranormal events and activities. At an early age she was taught about different things by a Native American neighbor. At the age of 7 she saw a woman appear in her doorway almost on a nightly basis. As she got older she had other experiences that she couldn't explain, she would know things that she was never told not just about the living but also the dead. It wasn't until the death of a loved one that she fully accepted her abilities. With all of the things that has taken place, all the things she has heard, seen and just known has increased her passion for the paranormal and the other side. Jennifer is also a certified Reiki Master. Jennifer is also a published autho 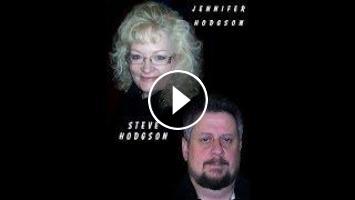 Daywalkers was very pleased to interview Steve and Jennifer Hodgson from PPI. Steve Hodgson - Founder/Investigator Since he was a young child, Steve h...