This is Real Ghost footage where we caught paranormal evidence. This is where it all began for the Dorset Ghost Investigators before going public on Youtube. This footage was caught on tape over 9 years ago. We've been ghost hunting for over 12 years now and we still enjoy our ghost investigations just as much as we first started. Our aim was just to share ghost hunting footage before ghost hunting really got popular, and we never expected to have such a large following. Thank You to everyone that has followed us.
Beware it's a very scary video and what you're going to watch is a real ghost investigation by real ghost hunters. nothing on this video is fake and it's not created for entertainment purposes. The two ghost hunters are named Ahmed and Glen. We have been investigating for 11 years now and caught some of the best paranormal activity on youtube. What we have caught will shock you.

What are Ghosts?
Real Ghosts are the Soul or Spirit or Spirits of Dead People or Dead Animals that can appear, in Ghostly visible form or other Manifestation to the living. Descriptions of the Apparition of Real Ghosts vary widely from an invisible presence to translucent or barely visible wispy shapes, to realistic, life like Ghost Visions. The deliberate attempt to contact the Real Ghost of a Deceased person is known as necromancy or in Spiritism as a Seance.

The belief in Real Ghost Manifestations of the Spirits of the Dead is widespread, dating back to Animism or Ancestor Worship in cultures. Certain Religious practices funeral rites, Exorcisms, and some practices of Spiritualism and Ritual Ghost Magic are specifically designed to rest the Spirits of the Dead. Real Ghosts are generally described as solitary essences that Haunt particular locations, objects or people they were associated with in life, though Real Ghost Stories of Phantom Ghost Armies, Real Ghost trains, Phantom Real Ghost ships, and even Real Ghost Animals have also been recounted.

Heres a video explaining in more detail what a ghost actually is
https://www.youtube.com/watch?v=eTi3rON9xcE 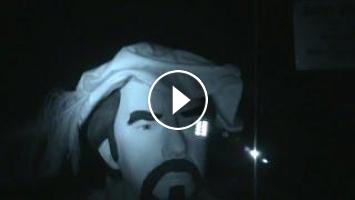 This is Real Ghost footage where we caught paranormal evidence. This is where it all began for the Dorset Ghost Investigators before going public on Y...