On this ghost hunt we have a very scary ouija board session that goes horribly wrong where we make contact with what seems to be a demon ghost. This is a must watch episode with real paranormal footage.

For this episode we travelled to Portsmouth to visit a Cemetery that we've been contacted a lot of times about, and due to our determination we was finally given permission to investigate in what many have regarded to us as the scariest place they have ever stepped foot in. The cemetery to look at is beautiful, but for some reason some believe something evil is lurking about. We was quite skeptical at first because everybody that contacted us all explained feelings, but no actual sightings. Well one month ago we got a message from a man who we'll allowed to give his first name (John) who said he was visting his father's grave, and just as the cemetery was closing he felt an intimidating presence behind him. He didn't see nothing, he didn't see an apparition or nothing that says it's paranormal activity, that is until he explained of his shock when he suddenly felt he was getting pushed by unseen hands. He ran in fear and unfortunately hasn't returned back since. Since that message we have tried even harder to get permission, but the caretaker understandably was too scared to give us permission to investigate.


Well now three months have passed, and we're happy to show what we captured.


What does a demon mean?

Our video explaining more of what a demon is


what you're going to watch is a real ghost investigation by real ghost hunters. nothing on this video is fake and it's not created for entertainment purposes. The two ghost hunters are named Ahmed and Glen. We have been investigating for 11 years now and caught some of the best paranormal activity on youtube. What we have caught will shock you.

Brand new episode where we return to a cemetery in Portsmouth where we captured activity in the past. this is one episode you will not want to miss. 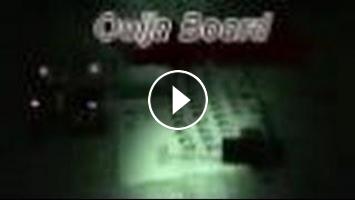 On this ghost hunt we have a very scary ouija board session that goes horribly wrong where we make contact with what seems to be a demon ghost. This i...