The Clewiston Inn was built in 1938. It's set in the heart of Clewiston, which is the home of US Sugar Corporation. The historic hotel has been a rest stop for all kinds of visitors including field workers for US Sugar and even President Herbert Hoover. The hotel's general manager, Christa Hill, knows all of the inn's secrets. She's been working there since she graduated from high school.

Christa claims the place is haunted. For example, frequently, guests hear strange noises coming from the kitchen. They hear the sounds of pots and pans banging during late hours of the night when the staff has gone home from work. Christa, herself, has also had strange encounters in the hotel. She's heard her name called when no one's around. She's felt her hair pulled. Christa Hill says the most bizarre experience in the hotel happened after a long-term guest died from a heart attack in the room where she lived. Because the woman died in there, Christa says the hotel had to strip the furniture, the carpet and the wires from the room. Even with the wiring gone, the staff still received calls from the room on the switchboard.

The reputation of the Clewiston Inn has spread. Over the years, Christa has allowed many different ghost hunting groups to check out the hotel. Recently, the Florida Paranormal Research Team investigated. The group is based out of Fort Myers. They use all kinds of equipment that can detect paranormal activity: EMF meters, K2 meters, digital voice recorders, digital cameras and a new tool called the Paranormal Puck. To find out what happened on the hunt, just click on the video.

The White Noise Forum, Where You Become Part Of The Investigation.
http://www.TheWhiteNoiseForum.com 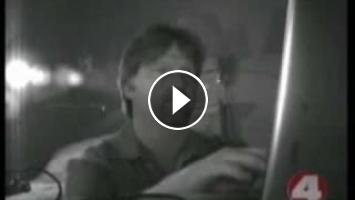 The Clewiston Inn was built in 1938. It's set in the heart of Clewiston, which is the home of US Sugar Corporation. The historic hotel has been a rest...