S11/E10: Dustin and K.J. take a look at some old medical tools.
The FINAL Season of Ghost Hunters airs Wednesdays at 9/8c.
» Subscribe To Syfy: http://bit.ly/SubToSyfy 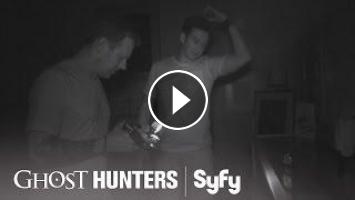