Two Ghost hunters caught Real Paranormal Activity at the Most Haunted Hotel.
This episode turned out to be our most active yet, where we capture Real Ghost Orbs, Ghost box and Spirit box EVP's and EVP Messages, and other very strange Poltergeist and Paranormal Activity.
It is documented that a man staying at the Crown Hotel in the early 60's was walking back to his guest room and witnessed the door of his room rattling violently. Once it had stopped he went into the room to find no one there. This happened again on the second visit and staying in the same room the door rattled and when it stopped this time the door handle turned and the door opened, no-one was there but suddenly he felt an icy cold presence and saw a bright blue light come from the room and go down the hall only to go through the wall where it disappeared into the courtyard outside. After seeing this he was horrified. But once again returned to the crown hotel to stay in the same room out of his own curiosity. That night he made a test by locking the door and waiting to see if anything happened, and it did, the key turned by its self and the door opened revealing once again a blue light which this time he followed outside and saw it emerge from the wall and into the courtyard where it suddenly disappeared.

Troubled Spirits.
More accounts of ghosts from The Crown Hotel. Twins born in the late 17th century were kept chained in an upstairs room because they were deformed, It is also rumoured that when they died they were buried under the floor which is now the larder area of the crown. The sound of children playing in the courtyard has been heard at times when there is no one there, While the ghost of a young girl in a nightdress leaning on a banister has been seen in the early hours of the morning. One guest had to be given a double brandy after talking to a man in the bathroom who disappeared. Hauntings at the crown continue, although it is not certain they relate directly to the legend of the twins. Electrical items fail for no apparent reason and a distorted Ghost voice threatening death to those listening has been recorded inadvertently on a tape recorder.

What does Paranormal actually mean?
Popularly used to mean anything supernatural, credible Paranormal Investigators use the word in its literal sense to describe any experience or artifact of evidence that cannot be explained through normal means. The word, however, does not automatically signify evidence of the supernatural such as a haunting or a Demonic Possession. Rather, it is used to suggest that, based upon the limitations of investigators' knowledge, the Paranormal Evidence cannot be rationally explained.
During our times Ghost Investigating, we have caught a lot of Paranormal Activity and Demon Activity. Here is some of our playlists containing some of this Paranormal Evidence & Real Ghost Footage below.

Music credit to:
Kevin MacLeod (incompetech.com)".
Licensed under Creative Commons
"Attribution 3.0"
http://creativecommons.org/licenses/by/3.0/
We are two Real Ghost Hunters are named Glen and Ahmed. We have been investigating the Most Haunted and Scariest locations around the UK for 11 years now and caught some of the best Paranormal Activity on Youtube, we have caught Scary Demon Poltergeist Activity on Tape. We have even caught Real Ghosts moving on video. We have had moments, where Demons attacks have happened to us during Scary Ouija board sessions, we have also suffered Demonic Possessions. What we have caught will shock the Paranormal Believers and the Skeptics too. 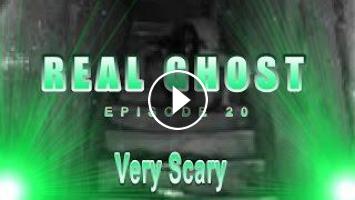 Two Ghost hunters caught Real Paranormal Activity at the Most Haunted Hotel. This episode turned out to be our most active yet, where we capture Real ...