Haunted House, Haunted Objects, artifacts inherited paranormal poltergeist activity, demonic voices featured on A Haunting~ the scariest real ghost story ever - PORTAL OF DOOM. Anita Jo Intenzo terrorized by this extreme haunting, featured on "A Haunting".Demonic Portal to Hell caught on camera, a family terrorized by demonic entities from ancient artifacts -shares pictures and their real true story of demonic attacks ...Featured Estate of Horror, which was the inspiration for two episodes, “Portal of Doom” , December 2014 most recently “A Haunting-Episode 2: Demonic Activity” aired on A Haunting TV show on Destination America Channel September 2015.
The disruptive force transferred by the “trespassers” dark nature soon become apparent when violent poltergeist activity begins on Christmas Eve, 2009 only two months after Anita settles Paul’s estate.;’’
She has a sickening realization that her home is now what Paul Jaeger’s house once was-Haunted!
With the help of paranormal investigator Laurie Hull and deliverance minister Bill Bean the spiritual battle lines are drawn against the some of the darkest evil the world has ever known.
ABOUT: Anita Jo Intenzo
Anita Jo Intenzo’s Bio
Classically trained as a fine artist, Anita Jo Intenzo graduated with honors from Moore College of Art and Design in Philadelphia, earning a B.S. Degree in Art Education. She taught art classes at day and evening schools for twenty-five years. Her paintings currently hang in collections throughout the United States, and she has had several gallery shows. She started restoring old photos over thirty-five years ago and created her business, Past Images by Anita, in 2000 where she preserves and restores family treasures: photos, paintings and antique dolls, so that their history will endure for future generations. Genealogical and historical societies seek her out for her expert consultations, lectures and appraisals.
In January of 2009, Anita Jo Intenzo’s life took a dramatic turn when, as executrix of a dear friend’s estate, she became involved with the paranormal. As executrix, she was responsible for clearing his house and selling it. It did not take long after she began that task that Anita experienced real and often-frightening poltergeist activity there and soon began confronting true evil.
Host, Norene Sampiere Balovich
Guest: Anita Jo Intenzo, Author
Estate of Horror and Dark Tranference
Books can be purchased on Amazon.com
Host, Creator, Producer - Norene Sampiere Balovich 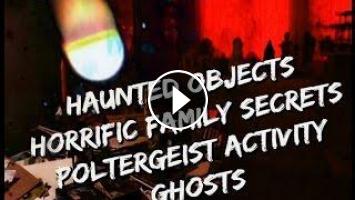