For many of the earlier generation the tunnels beneath Bidston were a place to play, a place to
explore and a place to hide from the world. But for many years now the tunnels have been shut off
from the outside world due to lack of maintenance and persistent health & safety issues. With the
exception of the occasional opening to the public, the tunnels are now permanently closed. Minutes
of Wirrals Civil Defence Emergency Committee in 1941 reveal that the peninsulas skilled workforce
saw it granted almost unprecedented funds to establish two deep air raid shelters. One sprawling
under Tranmere around Olive Mount, Thompson Street and Holborn Hill.. The other under Bidston Hills
Rhododendron Garden with its entrance facing Hoylake Road. Tickets were to be handed out to
ensure access to residents in the event of an air raid. By June 1943 the final bill for the project was
Â£163;48,006 with the corporation paying Â£163;6510. The tunnels were 7 feet wide and 6 feet high
with a large arched roof. A reporter in 1943 advised that due to the unreliable nature of the rock
costs increased, and it was noted that the unskilled workforce available had been markedly inferior to
the Tranmere Shelter. Less explosives were required in Bidston, and the spoil was tipped close to the
entrance which accounts for the rise in the grassed land around the Hoylake Road area. Emergency
Committee minutes also reveal that during construction the project was plagued with trespassers and
vandalism, not just a modern problem then !! Nine hundred and fifty tonnes of sand were sold to a
contractor for building purposes. Although it never saw the scale of use it was intended for, tickets do
still exist and people did shelter under Bidston. There were 2213 bunks and 793 seats, as well as a
canteen staff dormitory, toilets, medical posts and a ventilation shaft which could double as an
emergency escape hatch if necessary. 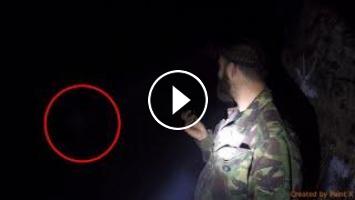 haunted WW2 tunnels exploration (we scared the shit out of a gang of lads) For many of the earlier generation the tunnels beneath Bidston were a place...