One of my best locations of all time, purely due to the uniqueness and historical value of the place. So, the stadium was built in the late 1950's, and was opened for the XVII Olympic Games in Rome, in 1960. It was used as the venue for the Olympics Football Final, but once the Games were over, it continued its use as a venue. It hosted numerous famous musicians, including Pink Floyd and Michael Jackson, and was the home of the Italy rugby union national team for Six Nations tournament home matches from 2000 until 2011. However it also had other uses between these dates, including being used as the home ground for Roma and Lazio FC, in 1989/90.
With a capacity of over 30,000, so much history and incredible all-concrete architecture, its a shame to see it going to waste. However a grant for its redevelopment was issued in July 2018, so hopefully things can improve for this place, before its too late.
Anyway, this is the final video from Italy, its been so hard to edit as all the footage was scrambled, and a lot of it was corrupt and impossible to retrieve. However, this video has been made with all the footage I was left with, and was fortunately enough to make a video with.
So thanks for watching guys! New video hopefully out next week!

Note: Urban exploring can be un-safe, and may breach the law. We do not promote any of these activities. 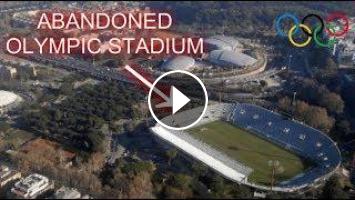 One of my best locations of all time, purely due to the uniqueness and historical value of the place. So, the stadium was built in the late 1950's, an...