Keddie Murders, Terrifying unsolved murder mystery case, family brutally tortured, murdered with hammers, butcher knives in their cabin 28,1981 in Keddie, CA.The Keddie murders a 1981 American quadruple murder at former rail road town in the foothills of Northern California's Sierra Nevada mountains. The murders took place in cabin 28, during the late evening of April 11, 1981 and/or early morning of the 12th. The victims were Glenna Sue Sharp, known as Sue (age 36), her daughter Tina (age 12), her son John (age 15), and his friend, Dana Wingate (age 17).Tina was determined to be missing some time after the crime was discovered. Her skull and several other bones were recovered in 1984 at Camp Eighteen, California, in Butte County.[3] Sue's oldest daughter, Sheila, had stayed with next-door neighbors in cabin 27 that night, discovering the murders the morning of April 12. Sue's two youngest sons and their friend, who were having a sleepover at cabin 28 that night, were found uninjured in the boys' bedroom that morning.No arrests have been made in connection with the Keddie murders. Several cabins that had eventually been condemned, including 28, were demolished in 2004. Sheila Sharp, the surviving daughter will be joining the show to talk about he morning of the murders and how it has affected her life. Host, Norene Balovich andCo-Host, Donna Raymond. Remote viewer, Kat Angel, she has worked on many unsolved crimes.
All images were taken from my video camera and digital camera from actual visits to Keddie and Josh Hancock creator of the Documentary on the Keddie Resort Murders as well as in my archived files...(2007-13) I have been involved in this case since 2007 when I found it on a google search.
Keddie Resort Murders IS PART OF PUBLIC DOMAIN. and Josh Hancock, owner/creator of keddiemurdersfilm.com which is no longer available nor copyrighted .
THERE IS NO COPYRIGHT INFRINGEMENT. THIS IS PART OF PUBLIC DOMAIN.
IT IS OWNED BY NO ONE.
THERE IS NO COPYRIGHT. 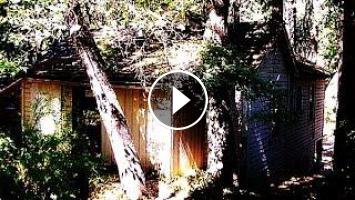