Soul Seekers Presents California Ghosts Episode 2-ENMS Elsinore Naval And Military School
-Part 1-
Soul Seekers Winners of 2011 Paranormal Challenge Travel to Lake Elsinore California to investigate one of Southern California's most haunted locations Elsinore Naval Military School, This building was built in the mid 1920's and purchased by Major Glen Conklin. Conklin purchased it in 1933, and for more than 40 years after that, it provided an education emphasizing discipline and outdoorsmanship to hundreds of boys. The school, which educated boys from elementary school through high school, eventually closed in the mid-1970s after the death of its founder, Maj. Glen Conklin. Now this massive structure sits in Lake Elsinore abandoned and left alone since the mid 1970's many Lake Elsinore and Southern California residents that live around the area say to see shadow figures and hear voices coming from this once prestigious school. It is considered by many as one of the most terrifying and haunted locations in Southern California. Is this Academy really haunted? Soul Seekers goes in to investigate these claims. Is this location now home to many of Lake Elsinore's Ghosts? 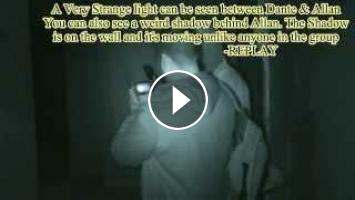