This cemetery on the hill was established in or around 1850 by miners of the gold rush who came to the sierra foothills in hopes of striking it rich thus establishing Centerville. The town of Centerville had successful Placer mining nearby during the 1850's but eventually the gold would run out. However, the town at the time had a post office, saloons, hotels, stores and of course this historical site where so many early pioneers were buried. Not much remains of the original town but the Bayley Mansion, Cronan Ranch and those buried here who played a role in the regions development in the mid 1800's. Today the cemetery is somewhat forgotten many of the stones are crumbling, vandalized, weathered and quite a few bones are scattered near some of this burial grounds oldest gravesites. Were going to take you on a small exploration through this cemetery which will show you some eerie angel statues and the Bacchi family plot whom operate the historic ranch built in the 1860's down the road. The first burial that took place here was in 1850 but its believed that other burials took place prior. Fremont and explorer came to Pilot Hill in 1844 therefore he was one of the first white men to ever lay eyes on this location. During the gold rush they would light pilot fires on the hills surrounding this place to guide weary travelers who were passing through the area seeking out the gold here. 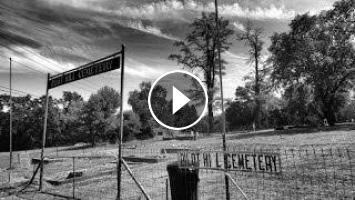 This cemetery on the hill was established in or around 1850 by miners of the gold rush who came to the sierra foothills in hopes of striking it rich t...