This video will shock you. A real ghost caught on tape during a ghost investigation. This paranormal activity was caught by two ghost hunters

What is a ghost?

In traditional belief and fiction, a ghost (sometimes known as a spectre (British English) or specter (American English), phantom, apparition or spook) is the soul or spirit of a dead person or animal that can appear, in visible form or other manifestation, to the living. Descriptions of the apparition of ghosts vary widely from an invisible presence to translucent or barely visible wispy shapes, to realistic, lifelike visions. The deliberate attempt to contact the spirit of a deceased person is known as necromancy, or in spiritism as a séance.
The belief in manifestations of the spirits of the dead is widespread, dating back to animism or ancestor worship in pre-literate cultures. Certain religious practices—funeral rites, exorcisms, and some practices of spiritualism and ritual magic—are specifically designed to rest the spirits of the dead. Ghosts are generally described as solitary essences that haunt particular locations, objects, or people they were associated with in life, though stories of phantom armies, ghost trains, phantom ships, and even ghost animals have also been recounted.

We've had teams Like Ghost Adventures praise our work, With Zak Bagans saying we would be huge loss to the Paranormal community if we were taken off Youtube.


Some very well known people are buried around St Peters Church, Sir Dan Godfrey, who founded the Bournemouth Symphony Orchestra in 1896 is buried here.
Major General Richard Clement Moody, Lieutenant Governor of the Falkland Islands and the joint founder of British Columbia.
Lewis Tregonwell: who was the Founder of Bournemouth. In 1810, Tregonwell bought land from the Lord of the Manor of Christchurch and built a house next to the mouth of the River Bourne (which runs through the lower gardens today). His house was called The Mansion, and is now part of the Royal Exeter Hotel. 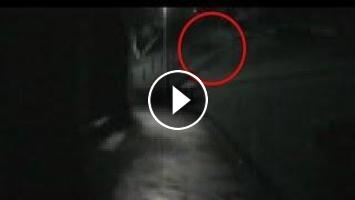 This video will shock you. A real ghost caught on tape during a ghost investigation. This paranormal activity was caught by two ghost hunters What is ...