Author and filmmaker Rich Martini discussed his research into near-death experiences (NDEs) and the afterlife, a place he calls the flipside. People who have experienced NDEs or been under deep hypnosis occasionally provide information which they could not have known, Martini explained. "The information is coming from somewhere else," he added. Martini recounted a personal story about encountering his deceased father, who told him who else was with him on the flipside, including six men he had never heard about. Martini later learned from his mother those six were his father's friends who had died during World War II. "None of them were names that I had any access to," he said.

It is difficult for those on the flipside to reach through and make contact with the loved ones they have left behind, Martini continued. The departed always receive our messages but usually cannot respond immediately because everyone is tuned differently, he revealed. When they finally make contact, it may be in a dream or through a friend, Martini suggested. He reported on a husband and wife who set up a secret code word (yellow bubble) which one of them could use from the flipside to prove life after death. A friend called a year after one of them had passed away and told the surviving spouse the correct code word, he noted.

Martini spoke about reincarnation, describing physical life as taking place on a theater stage while life on the flipside occurs backstage. He pointed to numerous cases where clients under hypnosis identify the afterlife as going home. Martini shared details from his own between-life sessions where each time he was able to visit his deceased friend, American film and television actress Luana Anders. He also provided an update on his investigation into the disappearance of Amelia Earhart, who he claimed has proven to him from the flipside that his research is accurate, and has presented new information that has subsequently been validated. 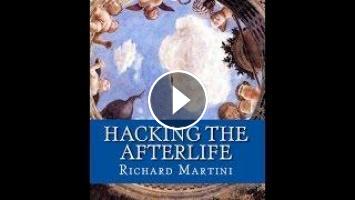 Author and filmmaker Rich Martini discussed his research into near-death experiences (NDEs) and the afterlife, a place he calls the flipside. People w...