This is one of the Scariest Demon Videos you will ever see caught on tape during a Real Ghost Hunt where it causes Poltergeist Activity. If you suffer nightmares then this is not the video for you.
What is a Demon?
A Demon or Daemon is a Paranormal, often Malevolent being prevalent in religion, occultism, literature, fiction and folklore. The original Greek word Daimon does not carry the negative connotation initially understood by implementation of the Koine δαιμόνιον daimonion and later ascribed to any cognate words sharing the root.
The purpose of demons is to harass humanity by attacking them. Demons sole purpose is to gain human bodies. Demons are disembodied spirits. Jesus said in Matthew 12 is all they want is a habitation. Let’s look at Matthew 12:43. I’m going to show you how demons work as well as how they think. I’m going to give you 12 things about a devil. I will explain to you how the devil thinks, how he plans, how he moves, and how he operates. There are 12 things in that scriptures Matthew 12:43.
In Ancient Near Eastern religions as well as in the Abrahamic traditions, including ancient and medieval Christian Demonology, a Demon is considered an unclean Spirit, sometimes a fallen Angel, the Spirit of a Deceased human, or a Spirit of unknown type which may cause Demonic Possession, calling for an Exorcism. In Western occultism and Renaissance magic, which grew out of an amalgamation of Greco Roman magic, Jewish demonology and Christian tradition, a Demon is a Spiritual Entity that may be conjured and controlled.
This is another video describing more of what is a demon
https://www.youtube.com/watch?v=TCzneTX3i5A

During our times Ghost Investigating, we have caught a lot of Paranormal Activity and Demon Activity. Here is some of our playlists containing some of this Paranormal Evidence & Real Ghost Footage below.

Music credit to:
Kevin MacLeod (incompetech.com)".
Licensed under Creative Commons
"Attribution 3.0"
http://creativecommons.org/licenses/by/3.0/
We experienced a lot of negative activity around this most haunted cemetery in Dorset, We don't know for sure what it actually is, that we captured on camera.
This is our episode 18 where we have returned to a cemetery we used to go past when we was younger to go to school. The cemetery we felt at the time was very strange, we felt it was haunted, so now it's time for us to return over 17 years later to find out if the cemetery is really haunted, and were surprised with what we captured. We're now equipped with equipement such as thermal imager, k2 meter, motion sensors, ghost box. Watch to find out what we have captured.
We are two Real Ghost Hunters are named Glen and Ahmed. We have been investigating the Most Haunted and Scariest locations around the UK for 11 years now and caught some of the best Paranormal Activity on Youtube, we have caught Scary Demon Poltergeist Activity on Tape. We have even caught Real Ghosts moving on video. We have had moments, where Demons attacks have happened to us during Scary Ouija board sessions, we have also suffered Demonic Possessions. What we have caught will shock the Paranormal Believers and the Skeptics too. 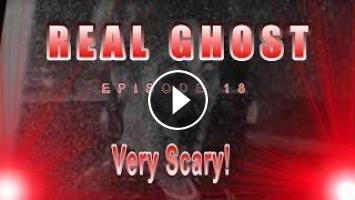 This is one of the Scariest Demon Videos you will ever see caught on tape during a Real Ghost Hunt where it causes Poltergeist Activity. If you suffer...