Balmerino Abbey, or St Edward's Abbey, in Balmerino, Fife, Scotland, was a Cistercian monastic community founded in 1227 to 1229 by monks from Melrose Abbey with the patronage of Ermengarde de Beaumont and King Alexander II of Scotland. It remained a daughter house of Melrose. It had approximately 20 monks at the beginning of the sixteenth century, but declined in that century. In December 1547 it was burned by an English force, and allegedly damaged again in 1559 by Scottish Protestants. In 1606 and 1607 it was created as a secular lordship for James Elphinstone, 1st Lord Balmerino. 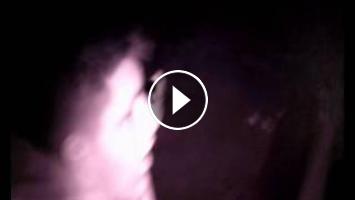