Just who or what got inside a rideshare vehicle late one night? Here is a preview of the story. “The odd thing about this guy is he does not take jokes well, like he is more of a guy who doesn't believe in any movies or television shows. Even the sports games we watch, they are making believe, just as if the Super Bowl would have been followed by The Wizard of Oz, after it he'd be like, "Click your heels together and see the other team win." He is accurate, but his logic is off when it comes to shows on television.

He told me his story about working for Postmates, where he delivered food to a house late night, but it was a casual order. It was some KFC order, but he insisted that most of his orders were expired from the menu, so I joked that the person who made the order was impossible. He would argue with me, I would argue back, but when it came to the order, he'd get the same order each night.

It was not until he saw an old commercial, which he knew was from the 80's when he noticed the price was much lower, and he told me, "Did you order a bucket of chicken and all the sides for 10 bucks?" I told him I never ordered it, the last time I bought a bucket of KFC has always been $15 or more, and that was without the sides or a biscuit remotely near it.”

If you have a real ghost story or supernatural event to report, please write into our show or call 1-855-853-4802! If you like the show, please help keep us on the air and support the show by becoming an EPP (Extra Podcast Person). We'll give you a BONUS episode every week as a "Thank You" for your support. Become an EPP here: http://www.ghostpodcast.com/?page_id=118 or at or at http://www.patreon.com/realghoststories
Sign in or sign up to post comments.
Be the first to comment 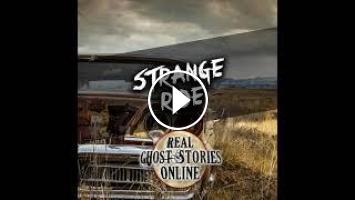 Just who or what got inside a rideshare vehicle late one night? Here is a preview of the story. “The odd thing about this guy is he does not take joke...