The Texas Ghost Show is a must see event only in Beaumont, Texas! For the next 10 people that buy a VIP Friday Night Ticket you will get a free custom designed t-shirt (a $25.00 value). Hurry they aren't going to last long! For tickets go to http://www.texasghostshow.eventbrite.com

Come join the Texas Society of Paranormal Investigators as they present the First Annual Paranormal Convention in Southeast Texas. There will be plenty of speakers to entertain you with their knowledge of Ghosts, UFO's and the mysteries of Cryptozoology. We will have Brian "Wheezy" Harnois of "Ghost Hunters" and "Ghost Hunters International " fame, Father Andrew Calder ordained Episcopal priest and exorcist who has appeared on many television shows such as "Paranormal State". Ken Gerhard, cryptozoologist from the History Channel's show "Monsterquest" and "Legend Hunters" Dash Beardsley "The Ghost Man of Galveston" creator and founder of "Ghost Tours Of Galveston" ranked #2 best ghost tour in America.

Special appearances by Chris Walden, host of the very popular 'Shadow Hour' radio program and the Museum of the Weird will have a HUGE display of items that have never been put on display in its Austin, Texas location!

JUST ANNOUNCED!!!! Brad Klinge from Discovery Channel's GHOST LAB will be at the Texas Ghost Show as well !!!!!! 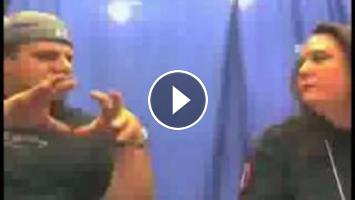 The White Noise Broadcast Network and the Peoples TV Network carried Southern Paranormal Investigators' Coverage of the Texas Ghost Show, LIVE From Be...