Join us for another LIVE Ghost Hunt, as livescifi.tv investigates one of the Scariest, and Most Haunted Houses in America, Welles House for paranormal activity, on the third installment of the Ghost Tapes. This is a REAL Ghost Hunt! Will a Ghost be caught on tape? Will the demon be caught on video? Tune in and find out...To interact with the paranormal investigators during the live ghost hunt, tweet them @livescifi, and please subscribe to the livescifi.tv family for the best in live paranormal ghost hunts, and interactive talks shows about the unexplained.

For more information about the Haunted Welles House, visit their website at http://welleshouse.com. The house on 46 South Welles Street in Wilkes-Barre, PA was built around 1860 by Augustus C. Laning. Augustus Laninglanning shocking death welles (1808-1875) was one of the first industrialists to come to Wilkes-Barre. He lived there until he sold his company in 1869. Soon after the home was built, there were a number of odd deaths that occurred on Welles Street and tragedy hit Mr. Laning's fortunes. Laning's factories burned to the ground in 1850, and death on welles streethe lost his nephew in a terrible lightning accident. His nephew was working with the horses in the barn when a bolt of lightning hit the barn and the barn caught fire. He was trapped under the carcass of a horse who had been killed in the fire and was unable to get out of the barn and he also perished.

There are reports of man who suddenly dropped dead in front of the house for no apparent reason during the mid 1800′s.

The house from the late 19th century to the mid 20th century was primarily a rental property, however this did not mean that its owners did not encounter any hardships. The house during these times went through 3 sheriff sales, and had 2 confirmed suicides and 4 deaths on its premises. Even though the house was mainly used as a rental since it was built, most of tenants resided in the house for long periods of time.Over its 160 year history it is believed that house has been rented more than 50 times. Is it that the house develop a demonic personality or has it always been there? It seems quite apparent that it's past inhabitants have noticed its destructive effects, which include many forms of psychiatric illnesses, physical illnesses, alcoholism and chain smoking on the property.

Unexplained bangs, and scurrying noises from one end of the house to the other.

Nightly visits from a well-dressed phantom man and the appearance of a ghost of a young girl who walks through doors.

Shrieks, moans, and crying that seemed to be coming from the attic and within the house's walls.

Bloody spots appearing on walls and floors in the living room.

A daughter being pushed down the stairs only to mysteriously float to the bottom of the landing on her feet unhurt.

Unexplained scratches, in groups of threes, would appear on the resident's bodies.

Sounds of boots tramping up and down the floors and in the walls of the house when there was no one on the stairs.

The discovery of little tin box behind one of the chimney bricks in the basement, which contained human molars wrapped with chicken bones placed in the shape of a cross.

One of the first articles to cover the house was, Wilkes Barre's Times Leader which covered the Welles House in October 31, 1979 and featured the story on the "Johnson's". The article refers to the house as, "Wilkes Barre's Amityville Horror isn't just a Halloween Joke." 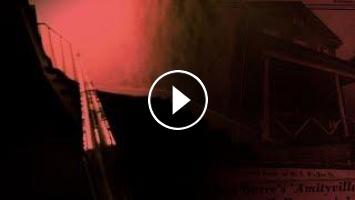 Join us for another LIVE Ghost Hunt, as livescifi.tv investigates one of the Scariest, and Most Haunted Houses in America, Welles House for paranormal...