One of MOST Haunted places in America, plagued by a violent demonic entity caught on camera, sinister Sedamsville Rectory in Cincinnati, OH. a 130 year old historic structure. The Sedamsville Rectory was built over 120 years ago and is listed on the National Historic Register. The building was used to house the priests that served the community. The Rectory is one of four buildings once owned by Our Lady of Perpetual Help, a church which was dedicated in May of 1899, however the parish was organized by German speaking members of St. Vincent de Paul in 1878. The church has been abandoned since the 1980’s but continues to stand tall. The rectory was also used as a school which taught religious education along with conventional education. Father Donald MacLeod, a priest who visited Sedamsville regularly to conduct sermons and teach religious education to kids, was struck by a train and killed in Sedamsville near this location in the late 1800′s. He was on his way to provide comfort and sermon to a seriously ill woman when he was hit by an oncoming train on the Indianapolis and Cincinnati Railroad. He was killed instantly. Following his death, the community and parishioners alike would claim to see his ghostly image walking down the road where the rectory is located. Some believe Father MacLeod haunts the church and rectory to this day. It is also said that a priest at the rectory was guilty of molesting several children; a child was found dead in front of the building with a noose around the child’s neck and a man was found dead in front of the building. While the building was abandoned, it is suspected that it was used for suspicious activities, including dog fighting. The building has been abandoned for years, but members from The Midwest Preservation society have been hard at work restoring this historic building back to its original condition. This is when strange activity really picked up.
Tonight, Dave Spinks, Paranormal Investigator and Sean Austin, Paranormal Investigator share their experiences and evidence at the Sedamsville Recyory.
Host ~ Norene Sampiere Balovich
Paranormal Zone TV - Owner/Creator/Producer
Do You Believe Web Series and Original Trademarked Web Series 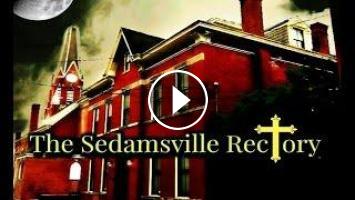 One of MOST Haunted places in America, plagued by a violent demonic entity caught on camera, sinister Sedamsville Rectory in Cincinnati, OH. a 130 yea...