RISEUP Paranormal investigates the Peter Oliver House in Middleboro, Mass. The home has previously been featured on shows like, "Paranormal Lockdown". STICK WITH THIS as the evidence collected here as well as the personal experiences are some of the best we had gathered to that point.

The Oliver family were staunch loyalists to British rule and opposed colonial rebellion. Leaked correspondence letters between the Olivers and Governor Hutchinson with English authorities recommending a greater military presence in the Colonies, coupled with several angry mobs, ultimately led the Oliver family to flee their homes and escape back to England. The Sons of Liberty confiscated the Oliver House in 1774, auctioned off the estate and its valuables, and used this money to fund the beginnings of the Revolutionary War.


Interested in coming on The Paranormal Channel as a guest or Sending us Paranormal Evidence Videos for Review? Contact us at TheParanormalChannelLive@gmail.com 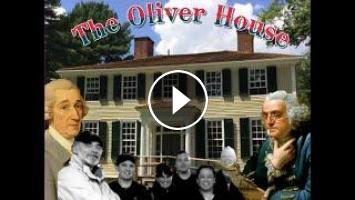 RISEUP Paranormal investigates the Peter Oliver House in Middleboro, Mass. The home has previously been featured on shows like, "Paranormal Lockd...