I was a personal Friend of Steve Huff of Huff Paranormal for over 3 years. I am not a hater and I have not spoken about this to anyone for an entire YEAR. I have kept my mouth shout out of respect for the friendship and more so for the respect of his Fiance Debbie.

I very much cared about her and honestly she is what kept me from speaking out pretty much for all this time. HOWEVER.. as the year went on I watched closely what was being done.

Want to save our field before it all goes so deep in the dirt we can never get any respect back again? Want to get back to the REAL ITC and RESEARCH? WATCH THIS VIDEO

As each new INVENTION and I use that word ever so lightly came about, one after the next saying the Portal, no wait the Wonder Portal, No Wait, LIVE REAL reverse speech ghost box.. and the list goes on.... As this happened I became compelled to speak out.. but still I struggled with in myself as to what the right thing to do was.

I researched and dug, and the more things I found out about this man the worse it got. I assure you that there are things about Huff Paranormal's character as a human being that will make you cringe.. But..... more on that later...

With each new tactic he used to pull more people into his intricately woven web, it became crystal clear that I had no choice but to take all of the evidence and present it in one place.

MANY REAL ITC researchers put their ass on the line to bring the truth. Everyone pulled together regardless of the fact that it put them on Huffs fans radar, as they got slammed by each of his fans.. Many of his fans just did not know any better, and I hope that now they do not feel stupid, but that they realize how good of a con man he truly has been .

He has hidden behind the bait and switch, the love and light, the, I never hate on anyone but they all hate on me for no reason thing for far too long.

How many REAL developers and reseachers still stand behind him? He is not God Father of the ITC, he is NOT the spokes person for us. We, REAL RESEARCHERS who spend more time and likely more money than he ever has or ever will DO COUNT.

Steve Huff has LIED to you. His FANS, he has taken your TRUST and he has DECEIVED you. HE used his own voice for Audio telling people he was the CHOSEN ONE??????????? DEBUNKED HERE.

REAL REVERSE AUDIO??? DEBUNKED HERE. We show, with proof how he faked his evidence. We showed how he uses Jump Cuts and editing to make it seem like they are live responses. THEY ARE NOT.

We show how he makes you THINK he is getting live responses when in actuality he is dubbing everything into his session after the fact. This is why YOU dont and will NEVER get the Crystal Clear responses he does.

All while he tells you openly that if you are not getting the same type of evidence that clearly you just are not connected to the spiritual world. That only certain serious people can do this work.

He is saying YOU ARE THE PROBLEM.. it is not YOU, it is HIM. You can and will get crystal clear responses from a REAL GHOST BOX. A spirit box RADIO, or EVP RECORDER. You will be blown away, astonished actualoly at the spirit connection you will have.

PLEASE, PLEASE watch this in FULL. Then lets get back to doing real research and share it and be passionate with our evidence and tools we use to get it.

All you need is a RECORDER, an EVP recorder and a simple audio program to enhance the REAL EVIDENCE and you, ALL OF YOU can tap into the other side.

You just dont hear from the people who buy them. THIS IS HIS FULL TIME JOB PEOPLE. Taking your money and lying to you to do it. That new pool that he got... Yup, you paid for that too.

STOP DRINKING THE PURPLE KOOL AIDE AND JOIN THE ACTUAL PARANORMAL INVESTIGATORS AND RESEARCHERS AND RELEARN HOW TO GET ACTUAL EVIDENCE AND RESPONSES.. 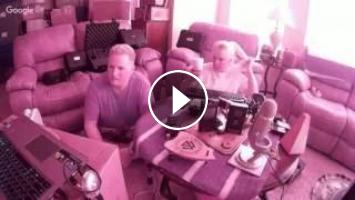 I was a personal Friend of Steve Huff of Huff Paranormal for over 3 years. I am not a hater and I have not spoken about this to anyone for an entire Y...