Dr. D. G. Webber came to the Tahoe National Forest in the 1850's where he did some work along the old Henness Pass Wagon route which led to the building of the Webber Resort and Stage Stop. Built along Webber Lake this gem back during the gold rush was the first resort of its kind in the Sierras. The Dr was known for being a philanthropist but also was a contractor, pharmacist, rancher, horse breeder, fisherman, gold miner, school superintendent, laborer and above all a good father. Webber adopted and took in over fifty orphans providing boarding school which eventually all went on to live prosperous lives. Dr. Webber built the courthouse, improved the local wagon roads and jail surrounding Downieville Ca. The same jail and gallows that later would be used to convict a murderer who was working at the resort and murdered the caretaker after Webbers Death. The big open meadows you see in the video surround the entire lake and at one time were used by the Perazzo and Johnson families who grazed sheep here. Today this historic site is off limits till the Truckee Donner Land Trust finishes up the trails, boardwalks and renovations therefore most of the area is closed off till 2017 so right now were just sweetening the honey pot by giving everyone a taste of things to come in the future. Most of the footage you will see is filmed from the southern end of Webber Lake in Lacey Meadows while we were on our way to a ghost town called Meadow Lake which the miners of the gold rush would have had to journey through. Its a strange area ranging from UFOs to Bigfoot sighted in the area based on our research and perhaps a few old time ghost stories. Journey with us as we take you on a journey to one of the Tahoe National Forests best kept secrets. We will be returning to Webber Lake in the future to give our viewers an amazing historic and scenic adventure this is the only hotel and stage stop Hostelries found today on the old Henness Pass Wagon Route. The resort and fishing game were passed on in the 1900's to the Johnson family who had a sheep ranch in Lacey Meadows and would summer here for decades adding to the areas history. Today this jewel is as scenic, mysterious and historic as it was a century ago. Webber was involved in an avalanche rescue team not to far from the lake but he also known for selling his "Webber Pills" and truly was the Doogie Howser of his time!

So in honor this great man and the very area he found beauty in for so many years we like to offer this tribute at: 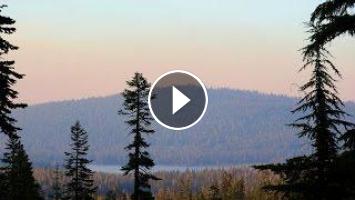 Dr. D. G. Webber came to the Tahoe National Forest in the 1850's where he did some work along the old Henness Pass Wagon route which led to the buildi...