Please Subscribe to this channel and hit the bell!

Support the show by becoming a premium member: http://www.veritasradio.com/subscribe.html

For Part 2 of any of our interviews, subscribe at http://www.veritasradio.com in order to support an impartial, censorship/commercial-free platform.

Download our RSS feed with one full year of segment 1: http://www.veritasradio.com/vs.rss

This portion is being provided as a courtesy from Veritas Radio. To listen to more of this exclusive interview proceed to http://www.veritasradio.com

Tonight's special guest argues that we are neither alone nor at the top of the food chain. He is known for upsetting our confident worldview with physical evidence that our institutions are either complicit or powerless to protect us from being experimented on as animals in an alien farm. More than forty years ago, he had his first encounter with an alien presence. As he grew older, he experienced a malignant contact with these alien beings that would alter his life forever. As a result at a young age, he made the decision that he would no longer willingly, be victim to their bizarre quests. Determined to change his role in life from being the "'hunted" to the hunter, he began to prepare himself for their pursuits. Every path he took, would equip him mentally, physically and intellectually to become a warrior for his cause and to assume the role he was born to play. As a result, he has spent the past three decades researching the world of alien beings. His area of focus has dealt primarily with medical and scientific evidence of human/alien contact. To that end, he has spent years studying and training in a broad range of areas that would provide him with a full array of skills necessary for his search to find evidence of these creatures. 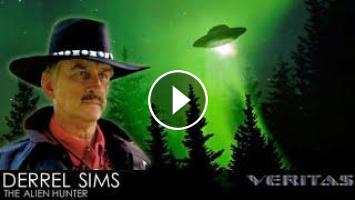 Please Subscribe to this channel and hit the bell! Support the show by becoming a premium member: http://www.veritasradio.com/subscribe.html For one-t...