Eastern State Penitentiary
Eastern State Penitentiary, also known as ESP, is a former American prison in Philadelphia, Pennsylvania. It is located at 2027 Fairmount Avenue between Corinthian Avenue and North 22nd Street in the Fairmount section of the city, and was operational from 1829 until 1971.
Dozens of paranormal researchers visit every year and report that it's a hub of otherworldly activity. Perhaps most convincingly, there are the stories of eerie experiences by visitors, staff, guards and inmates that have corroborated each other since the 1940s.Cellblock 12 is known for echoing voices and cackling; Cellblock 6 for shadowy figures darting along the walls; Cellblock 4 for visions of ghostly faces. Many people have reported seeing a silhouette of a guard in one of the towers. Footsteps. Wails. Whispers. The same stories, over and over again.
One of the most legendary tales comes from Gary Johnson, who helps maintain the crumbling old locks at the prison. In the early 1990s, he had just opened an old lock in Cellblock 4 when he says a force gripped him so tightly that he was unable to move. He described a negative, horrible energy that exploded out of the cell. He said tormented faces appeared on the cell walls and that one form in particular beckoned to him.

Chillingham Castle
Chillingham Castle boasts some of the highest levels of paranormal activity in the country, with a large collection of spectres and apparitions spotted by visitors over the years.

In what is called ‘The Inner Pantry’, a frail figure in white still appears. The silver was stored here and a footman employed to sleep here and guard it.

Historically, one night, when the footman had turned in to sleep, he was accosted by this lady in white. Very pale, she begged him for water. Thinking it was one of the castle guests, he turned to obey. Suddenly he remembered he was locked in and no visitor could have possibly entered!

This same pale figure is seen today, and it is thought the longing for water suggests poisoning.
The Ghost in the Chamber

Not all the ghosts are those we see. Some are merely felt as ‘Impalpable impressions on the air,’ as the poet, Tennyson, says. There is this sense of something unseen, yet distinctly moving. It can be a chill, dark, creeping sensation, or maybe just an oppressive atmosphere.
Voices in the Chapel

In the Chapel, beside the Great Hall, the voices of two men are often heard talking. It is never possible to follow their words, and they stop talking if one makes serious efforts to trace them.
Ghosts in the Courtyard

When the moonlight casts shadows of the battlements across the worn flagstones, it is positively hard not to see the shades and shadows come to life. 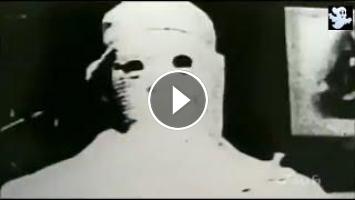