Real scary ghost attack caught on tape! Scariest experience of true paranormal activity as ghost investigator is attacked on Dead Explorer video! There are tales of paranormal activity at the haunted County Jail in Gonzales, TX. Several people were hung here and something seemed to attack paranormal investigator Jay Villareal in the lunatic's room. Is he being choked by an evil spirit? What's the true story behind the negative energy which surrounds this Central Texas prison?

During our paranormal investigation we picked up activity throughout the prison and when the courthouse clock chimed every hour (there a legend about a prisoner named Albert Howard, who was hung in 1921 despite his claim of innocence, and who was obsessed with the clock tower). Check out amazing activity caught around the court house clock on this video! http://youtu.be/6mcZI6AXOoI

More Info: The prison could hold up to 200 prisoners and the jail cells look exactly as they did when the prison was in operation. From 1855 to 1921 people were hung at the gallows which now stand INSIDE the prison as part of the tour! There is even a "Lunatic's Room" complete with the spooky wall scratches of those lost souls locked up in that room.

Are there real haunted places and is this one of them? Will paranormal activities be captured in this investigation? Watch and find out! 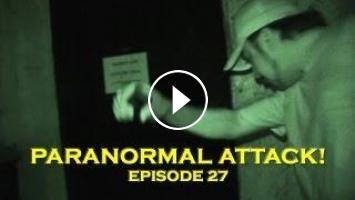