The Bible teaches very clearly that there are indeed spirit beings who can connect with and appear in our physical world. The Bible identifies these beings as angels and demons. Angels are spirit beings who are faithful in serving God. Angels are righteous, good, and holy. Demons are fallen angels, angels who rebelled against God. Demons are evil, deceptive, and destructive. According to 2 Corinthians 11:14-15, demons masquerade as “angels of light” and as “servants of righteousness.” Appearing as a “ghost” and impersonating a deceased human being definitely seem to be within the power and abilities that demons possess.

The closest biblical example of a “haunting” is found in Mark 5:1-20. A legion of demons possessed a man and used the man to haunt a graveyard. There were no ghosts involved. It was a case of a normal person being controlled by demons to terrorize the people of that area. Demons only seek to “kill, steal, and destroy” (John 10:10). They will do anything within their power to deceive people, to lead people away from God. This is very likely the explanation of “ghostly” activity today. Whether it is called a ghost, a ghoul, or a poltergeist, if there is genuine evil spiritual activity occurring, it is the work of demons. 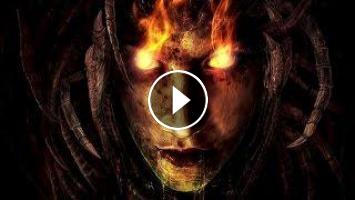 Ghost Sightings Caught on Tape? GHOSTS, DEMONS, SPIRITS...Are these Paranormal Entities contacting us from beyond the grave - or demons deceiving us. ...