One of the most Intense Poltergeist footage caught on tape & camera. This is a Real Ghost video so some might find this footage too scary to watch. We have returned to the Crown Hotel, where hauntings have been reported of ghosts.

Poltergeist is a German word that means "noisy ghost". The word comes from the German term poltern which means "to knock" and geist which means "spirit". The best defining mark of a poltergeist is any manipulation of the physical environment such as the movement of objects, physical attacks, spontaneous combustion, etc.

The Poltergeist phenomena is usually credited to mischievous spirits or ghosts and is believed to be associated with psychokinesis, which is the ability to move things by power of the mind alone. This kinetic type of energy remains unexplained, but even some mainstream scientists are starting to explore the idea that it does exist.
Poltergeists are not usually considered to be spirits, but instead some theories state that poltergeists are mass forms of energy that a living person is unknowingly controlling. Poltergeist hauntings may be the most misunderstood, most terrifying, and rarest type of haunting, and some believe that poltergeist hauntings are not even a haunting at all. In some cases, extreme poltergeists activity has even been linked to demons. A key question that comes into play with poltergeist cases is whether the psychokinesis is causing the activity, or if it is actually occurring from an unseen troubled spirit or ghost.
In a typical poltergeist case there is most likely a variety of phenomena taking place. There may be knocking and tapping noises, sounds with no visible cause, disturbance of stationary objects like household items and furniture, doors slamming, lights turning on and off, fires breaking out and much, much more. Chairs have been known to move around by themselves; walls shake from loud, unexplained banging. Water drips from a ceiling. Things like hairbrushes and jewellery disappear, only to reappear at a later time in right where they should have been in the first place.
Usually, after a subtle and somewhat calm start, the activity will become more intense, manifesting itself through voices and even the appearance of full apparitions. Furniture may slide across the room and beds may shake. Sometimes the effects of a poltergeist are more playful than harmful, but sometimes the activity has been known to be downright nasty. Reports of scratches, bites, harmful objects being put in one's way such as glass shards on a pillow or tacks under a bed sheet have been noted, as well as possession.

We also have caught Ghosts on tape as well as witnessing Real Ghost on videos. It truly is one of the best Paranormal Activity channel on Youtube. A must watch for any Paranormal fan.
Thank You for watching
Dorset Ghost Investigators
Glen and Ahmed. 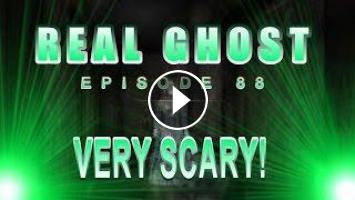 One of the most Intense Poltergeist footage caught on tape & camera. This is a Real Ghost video so some might find this footage too scary to watch. We...