The Haunting in Connecticut- 1790 Farm House, bizarre events, UFO'S, skinwalkers, non-human figures emerge through "holes" in space-time similiar to famous "Skinwalker Ranch".
The site appears to be one of three "points" in a geographic triangle at the center of a significant paranormal "flap" in Litchfield County. The place seems to be a genuine crossroads of the multiverse,"Paul says. The resident family, which has lived in the house for generations, regularly seems to rub elbows not only with its own ancestors but with strangers of human and non-human species, all evidently sharing the same physical space but within their own parallel worlds.
Paul Eno - Connecticut's 'Skinwalker Ranch'
The Litchfield Hills, Connecticut, 2005-Ongoing Investigation.
Paul & Ben encounter a paranormal circus when a homeowner contacts them after reading "Footsteps in the Attic," the only book with theories that explained what was happening. The case now embraces much of the area and involves not only ghost phenomena but UFOs and a possible secret government base.
About Paul:
PAUL F. ENO has been called “the most intelligent voice in paranormal research today." He was one of the first paranormal investigators of the early 1970s, beginning while he was studying for the priesthood. His early mentors included parapsychology pioneer Dr. Louisa Rhine, Fr. John J. Nicola S.J. (technical advisor for the film The Exorcist) and legendary, first-generation "ghost hunters" Ed & Lorraine Warren.
Paul graduated from two seminaries, but was expelled from a third because of his paranormal work with about a year to go before ordination. He ended up in a distinguished career as a newspaper and magazine reporter and editor. Today, he is an award-winning New England journalist and the author of seven books (two bestsellers, one state history that is used in several Rhode Island school districts, and two books that are already considered classics of paranormal literature), and holds a rare Ph.B in philosophy. He is considered one of the world's most eminent experts in the paranormal and spiritual fields.
Guest: Paul Eno
http://www.newenglandghosts.com/defau...
Host - Norene Sampiere Balovich 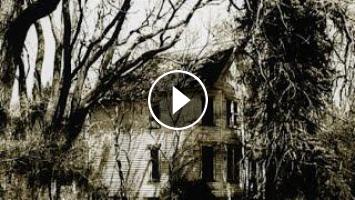