New, never before seen footage from our 'Private Residence' investigation. This house was Lori Settle's home, our case manager and close friend. Kaitlyn, Lori's daughter, also a member of OPT, lived in the house for many years of her life. Not long after consulting with Jason on her old home, Lori and Kaitlyn joined the team, and have played a major role in the group since. In the last 6 months, Omega has had some great opportunities, working with the media. In a few weeks, the premiere episode of Discovery's 'When Ghosts Attack' will be centered around Lori and Kaitlyn's story, and will also include some of our photos and recordings, from the investigations, in the episode. Here is the episode's description:

"In the premiere episode, There's No Place Like Hell, sunset is upon the quiet town of Fayetteville, W.Va., as the Settle family unpacks their new home. For Lori Settle, a newly remarried mother, it's the start of an exciting new adventure as a homeowner. But just one week after moving in, Settle notices that her every move seems to be overshadowed by a macabre presence following her around the house. Strange occurrences begin to spook the family, but when the incidents become physical confrontations, Settle starts to fear that a deadly force is on the loose in her home." (Destination America) 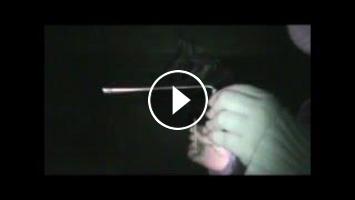 New, never before seen footage from our 'Private Residence' investigation. This house was Lori Settle's home, our case manager and close friend. Kaitl...