This is our episode 10 at Tyneham Ghost Village. Watch to see what happens.

Tyneham Ghost Village has been deserted for well over 60 years, since the second World War.
It was a countryside Village, it had its own school, church, post office, farms, cottages and even a big mansion, which was then called the great house.

Just before christmas 1943, villagers were told they must leave there homes temporarily by the military as the village was near the firing range where the military needed more land to train the Soldiers.

The villagers wrote a note on the Haunted Church door. The note reads:
" Please treat the church and houses with care. We have given up our homes where many of us have lived for generations to help win the war to keep men free. We shall return one day, and thank you for treating the village kindly"

The residents were never able to return to their homes as the village to this day is still deserted, and is still ministry of defence land. The village now lies in ruins, but it is said the village is haunted by it's past unhappy residents.

In our Paranormal Investigations, we have experienced Real Poltergeist Activity on camera, if you have time and are extremely interested in the paranormal, please watch some of our episodes as we have some incredible Paranormal Evidence.
In folklore and Paranormal studies, a Poltergeist Phenomenon alludes to the apparent yet unexplained Manifestation of multiple force reactions caused by a seemingly invisible Entity. Most accounts of Poltergeist Manifestations involve such force being triggered at objects, usually household destruction and relocation of furniture, levitation of cutlery, knocking on the doors, although some seem to describe accompanying hallucinations, as well as Physical Demon or Ghost Attacks on human witnesses. Such actions can include pinching, biting, hitting and tripping the victim, or producing noises like moaning, laughing and talking etc.
Poltergeists occupy numerous niches in cultural folklore, and have traditionally been described as troublesome Spirits who, unlike Ghosts, Haunt a particular person instead of a specific location. Such alleged Poltergeist Manifestations have been reported in many cultures and countries including the United States, Japan, Brazil, Australia, and most European nations. The earliest recorded cases date back to the 1st century.
Etymology:
The word Poltergeist comes from the German words Poltern , Which means to make sound and Geist , Which means Ghost , and the term itself roughly translates as Noisy Ghost or Noise Ghosts
Observation:
Most reports of Poltergeist Manifestations involve Paranormal noises and destruction that have no immediate or verifiable cause. Situations include inanimate objects being picked up and thrown, noises such as knocking, rapping, or even human voices and physical Real Ghost Attacks on human beings, such as pinching, biting and hitting.
Single Poltergeist cases often range in duration from a few hours to several months. 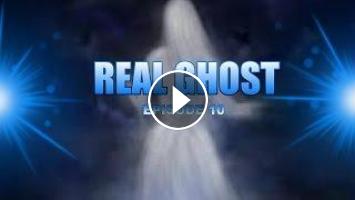 One of the Scariest Poltergeist footage caught on tape as the Ghost Hunters were Attacked by a Demon which was caught on Camera at Tyneham Village. On...