AMERICAN Dyatlov Pass Case, MYSTERIOUS deaths of 4 starved, frozen men, 1 vanished in National Park, Jack Huett, William Sterling, Jack Madruga,Ted Weiher, Gary Mathias, February 24, 1978, Oroville, Plumas National Forest, California. On February 24, 1978. The bodies of 4 men were eventually found deceased but 1 - Gary Mathias, who vanished in thin air and never found. This remains an unsolved mystery to this day!
In 1978 five men mysteriously disappeared in Chico, CA, on the way home from a college basketball game. A month later their car and most of their bodies were discovered in a field, frozen to death in spite of being so close to civilization. Their strange deaths have since been referred to as the American Dyatlov Pass mystery because of the similarities that it shares with the strange deaths suffered by a group of Russian skiers nearly two decades prior.
Host ~ Norene Balovich
Guest ~ Dave Spinks, Paranormal Investigator, Society of the Supernatural and featured on A&E and Discovery Channel. 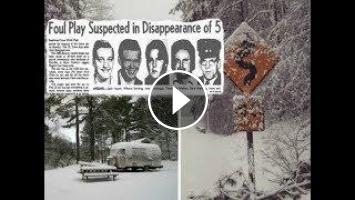