1:Anyone advertising there channel or any other channel without asking ME first. will be warned then 2nd time Blocked.

2:Anyone complaining about the way i do my Pendulum will be warned and then Blocked.

3: Filling that negative energies are making them sick will be warned then Blocked.

4: Disrespecting other Viewers Swearing at them in a negative way will get them a Time out warning then Blocked.

5: No Trolls Allowed as they will be BLOCKED right away.

6: Swearing and disrespecting MYSELF and saying im faking stuff( I DONT FAKE SHIT)and my channel Direct Block right away.

7: Asking me to get GHOST's/Spirits to do things or Provoke Spirits ghosts will be warned on a time out.

8: Spamming channel get you in a direct Youtube Spam time out of around 1 minute

9: NO Talking about World News and Terrorist, and other World NEWS Crap:..This is a paranormal Channel were here to talk Paranormal, if you want to talk World News then go open a channel/Stream yourself,NO SEX TALK Talk Paranormal or leave my Stream.OK 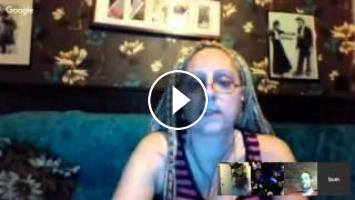