On this REAL GHOST hunt we have a OUIJA BOARD session that goes horribly wrong where we make contact with what seems to be a DEMON GHOST. This is a must watch episode with real Paranormal footage.

For this episode we travelled to Portsmouth to visit a Cemetery that we've been contacted a lot of times about, and due to our determination we was finally given permission to investigate in what many have regarded to us as the scariest place they have ever stepped foot in. The cemetery to look at is beautiful, but for some reason some believe something evil is lurking about. We were quite Skeptical at first because everybody that contacted us all explained feelings, but no actual sightings. Well one month ago we got a message from a man who we'll allowed to give his first name John who said he was visiting his father's grave, and just as the cemetery was closing he felt an intimidating presence behind him. He did not see nothing , he did not see an apparition or nothing that says it is Paranormal activity, that is until he explained of his shock when he suddenly felt he was getting pushed by unseen hands. He ran in fear and unfortunately hasn't returned back since. Since that message we have tried even harder to get permission, but the caretaker understandably was too scared to give us permission to investigate.

Well now three months have passed, and we're happy to show what we captured.

What is a Demon?
A Demon or Daemon is a Paranormal, often Malevolent being prevalent in religion, occultism, literature, fiction and folklore. The original Greek word Daimon does not carry the negative connotation initially understood by implementation of the Koine δαιμόνιον daimonion and later ascribed to any cognate words sharing the root.
The purpose of demons is to harass humanity by attacking them. Demons sole purpose is to gain human bodies. Demons are disembodied spirits. Jesus said in Matthew 12 is all they want is a habitation. Let’s look at Matthew 12:43. I’m going to show you how demons work as well as how they think. I’m going to give you 12 things about a devil. I will explain to you how the devil thinks, how he plans, how he moves, and how he operates. There are 12 things in that scriptures Matthew 12:43.
In Ancient Near Eastern religions as well as in the Abrahamic traditions, including ancient and medieval Christian Demonology, a Demon is considered an unclean Spirit, sometimes a fallen Angel, the Spirit of a Deceased human, or a Spirit of unknown type which may cause Demonic Possession, calling for an Exorcism. In Western occultism and Renaissance magic, which grew out of an amalgamation of Greco Roman magic, Jewish demonology and Christian tradition, a Demon is a Spiritual Entity that may be conjured and controlled.

This is another video describing more of what is a demon
https://www.youtube.com/watch?v=TCzneTX3i5A 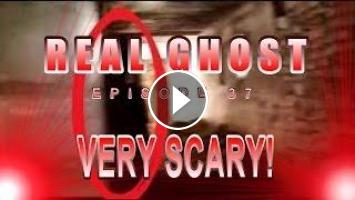 On this REAL GHOST hunt we have a OUIJA BOARD session that goes horribly wrong where we make contact with what seems to be a DEMON GHOST. This is a mu...