Locked down in the haunted Welles House for 30 days, livescifi.tv taped this LIVE paranormal documentary to capture ghosts on tape, real paranormal footage, and REAL demon attacks in hopes validating the existence of paranormal activity for its viewers. During the 30 days the team was able to capture and document, ghost voices (EVP), shadow figures, real demonic possession, violent ghost and demon attacks, weird emf phenomena, and more..

Please subscribe and join the livescifi.tv family!!!Join us for a LIVE Ghost Hunt, at the Haunted Warren House as we attempt to capture paranormal activity LIVE during our unprecedented LIVE Event. The LIVE Halloween October 2013 broadcast begins October 14th 2013 and ends Nov. 2nd 2013. What will the Ghost Hunters capture in this haunted home which is believed to inhabited by numerous spirits as well as a possible demonic presence?

The home was investigated by Ed and Lorraine Warren in the 1970's however was never had chance to be cleansed of its negative energy. Is it still there today? The Team will use a variety of paranormal equipment such as thermal camera's, custom built dvr systems, ghost boxes, EVP, ouija boards, etc, in its attempt to captured, communicate, and document paranormal activity LIVE!

Everyday at 4pm EST there will be a LIVE QNA which can be found on our website http://livescifi.tv 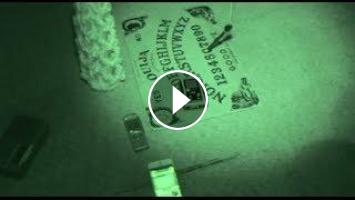 Locked down in the haunted Welles House for 30 days, livescifi.tv taped this LIVE paranormal documentary to capture ghosts on tape, real paranormal fo...