MPS return with another outstanding investigation at Stanton Moore and None ladies Stone Circle in Matlock Derbyshire. The team return to Paranormal Investigating almost a month after the terrifying Clumber Park saga.

Alexis-Azrael is convinced the team are been followed by a dark and sinister presence. But the other team members are not totally convinced.

With life pressures taking its toll on the rest of the MPS team members. Wendy Antony and Alexis-Azrael assembled themselves to investigate the Stanton Moore area.

It Alexis-Azraels second time at this historic Bronze Age location which dates back before the birth of Jesus Christ. Returning over a year later to proceed with a more formal investigation Alexis-Azrael leads the team in to the darkness of the Stanton Moor woods.

It seems something was already aware of there plans to investigate Stanton Moore, but who?

As as far as MPS are aware a inter-dimensional Portal to the Spirit World has never been documented on film, making this video a first.
Not only did MPS manage to document this phenomena on multiple occasions we also photographed the phenomena taking place.

The video it's self is unique by the way the filming was done using a range of camera angles. Making it not your normal style of Paranormal investigation.

It was at this moment I knew from the investigations something was following our team and trying to destroy MPS.

I have had to take time away from work and editing due to intense and multiple demonic attacks, on my self at my home and friends houses. (I will elaborate on these encounters further in Para 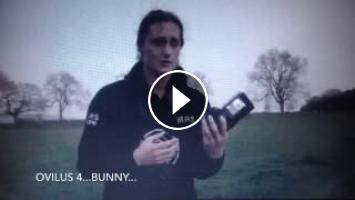